« Why France has adopted the Nordic Model »

By Lise Bouvet and Yaël Mellul

It has been translated into many other languages since then (Chinese, Corean, etc.)

This is the complete English version of the original French article, kindly translated by John Walder, we could never thank enough for his wonderful work. Another thousand thanks to Dr Meagan Tyler who made it happen! 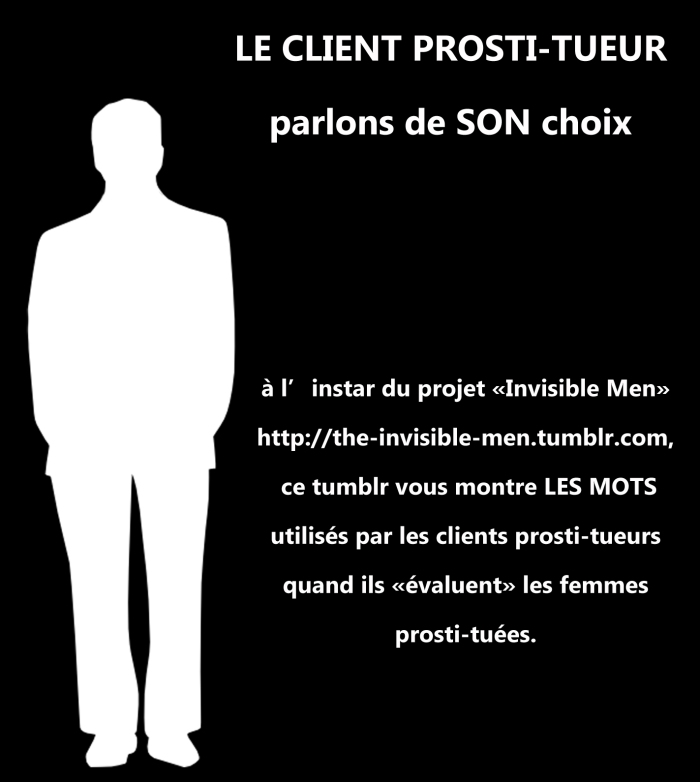 « On Wednesday 6th April 2016, France adopted a public stance of opposition to prostitution inspired by the so-called “Nordic model” which seems to us to be often decried, little understood and even caricatured and whose basic features we would like to explain here.

France’s legislative assembly, through its representatives directly elected by universal suffrage, after many years of parliamentary commissions of enquiry (whose reports we invite you to read) and hearings of evidence from all parties concerned, is going to put France in line with not only its international obligations, but also and especially, in our view, with the law of 1981 penalising the crime of rape, defined as “an act of sexual penetration, of whatever nature, committed on the person of somebody else through violence, constraint, threat or surprise”. The National Assembly has in effect recognised today that sexual penetration for money is by its nature one of constraint: that therefore prostitution constitutes a violent act and that it is logical that the author of such an imposed sexual relation – “the client”- should be penalised.

The socialist bill reinforcing the struggle against prostitution in this way includes – among others- a penalty clause in respect of the johns who will henceforth be subject to the payment of a fine. By so doing, the Assembly has heard the voices of prostituted persons who bear witness of the torture represented by several undesired sexual penetrations per day: a torture both physical and mental as now attested by traumatological studies. At the end of its long efforts, the Assembly has recognised that the entry into prostitution of people – all too often minors – comes from an absence of choice or alternatives, when for the great majority it is not as a result of direct coercion by a pimp or by a sex-trade network. Here is its great political courage. Common sense holds it as a given that prostitution should be a harmless activity between consenting adults, while actually it is on the contrary poverty, age minority and violence which impel these young women to sell themselves or be sold. Our elected representatives have quite rightly decided that the right at issue is not that of prostituting oneself but that of not ever being forced to.

The MPs were of the opinion that just the presence of money in the relationship is  unquestioned proof of the absence of free consent on the part of one of the parties and that “prostitution is, in reality, very simple. It amounts to sex between two persons – between one who wants it and one who does not. And since desire is absent, payment replaces it”.

Volunteers not being too numerous to put themselves forward to satisfy the customers’  needs, the latter are served by pimps and human traffickers who direct the desired merchandise towards them: someone who cannot say no. The MPs were moreover able to take into account the documented failure of all attempts at controlling the sex trade. In fact, wherever prostitution has been legalised and pimps now dubbed ordinary business men, the traffic of women has exploded along with the industrial intensification of their exploitation: in Germany, in Australia, in Spain and in Amsterdam. And with good reason: once the demand is “normalised”, there is nothing to get in the way of the expansion of the “market”… The MPs on the contrary estimated that one should not regulate crime just as no one regulates murder or slavery. We should be given the means to fight against them, even if one understands that it will take time to make them disappear. The criminalisation of rape does not always, unfortunately, stop rapists, but it allows for the compensation of the victims and, above all, for society at large to express what is right.

The Assembly has then taken account of the calamitous human and financial cost of prostitution and decided to oppose it with the only viable tried and tested model in use since 1999: known as the Swedish or Nordic model, which has really succeeded in driving back sexual exploitation wherever it has been put in place and which is in reality in no way a prohibitionist regime. The Swedish people considered that women are prosti-tuted by prosti-tuters (ndt: in French « proti-tuées par des prosti-tueurs » « tuées » meaning killed and « tueurs » meaning killers…) and that they should, above all and especially be decriminalised and supported financially to escape from it – as opposed to the buyers, who are the source and support of the system of prostitution. Pimps only exist in order to respond to a demand. Without customers to buy prostitutes there is no market and so no pimps or human trafficking, which only exist through them and for them. It is then illogical that only pimps be prosecuted while they are only in the second rank of causality. Customers are the reason and principal cause of the system of prostitution and of the violence which flows from it. They are directly responsible for pimps and the trade which have no other object than keep them supplied. Even outside these circumstances which cover the majority of cases, they are the principal agents of the inherent violence in all events involving prostitution: the need for money constitutes at the very least a determining coercive factor, even on those rare occasions described as “voluntary”.

Prostitution is, whatever the hypothesis, a sexual act imposed under coercion: that of money. Prostitution is always within the definition of rape. It is sexual violence perpetrated in an overwhelming majority of cases by men. One only has to read the comments that customers leave on internet forums dedicated to them and where they “score the merchandise”, to realize that they use the same vocabulary as rapists. Coercion is precisely what the customer is looking for and what he is buying, the possibility of dispensing with consent on the part of the other person and of doing exactly what he wants in an unequal relationship where the other is at the mercy of he who has money. This is money which the other person needs for her own survival or that of her family; or worse, money which will be taken by a pimp or by a trafficking network. All of which is of no concern to the “john”; in any case, just supposing that he does not act in full possession of the facts, how would he be able to check the story he is given to calm what remains of his scrupules?   All the studies of punters demonstrate their similarity with the behaviour of rapists with good reason: prostitution is nothing less than a form of rape, rape at a price. No money : no sexual contact; which is proof that that there is no desire. Millions of women and young girls are trafficked every year just for the pleasure of these gentlemen whom it is high time to criminalise even by a simle fine as now provided for by the new law.

The fundamental issue in an egalitarian democracy is the following: how can women be the equal citizens with men, if the latter are able to buy them as if they were a steak at the butcher’s? The MPs have done honour to France in deciding that such a thing is not possible, all the more so in a country which sees itself as exemplary example of human rights as compared with the rest of the world; and that it is unworthy of a nation which parades on its flag the slogan of « liberty, equality and fraternity ». All this on 3 occasions- soon to be 4 – between 2013 and 2016 when they have not accepted the rejections of the Senate. Few laws under the 5th Republic have had such a parliamentary history or have had so many votes and re-votes. And for good reason: it is about no less than a declaration that women are not merchandise, not for sale nor for rent. In other terms, it is about nothing less than human dignity.

And so we accept with joy and enthusiasm the passing of this new Act which will come to put the finishing touches to the legislative framework available in France in matters of gender equality.; and it is with pride that we, feminists and abolitionists, have taken part in this “anthropological breakthrough which marks the beginning of another world”.

Une réflexion sur “– Why France has adopted the Nordic Model”